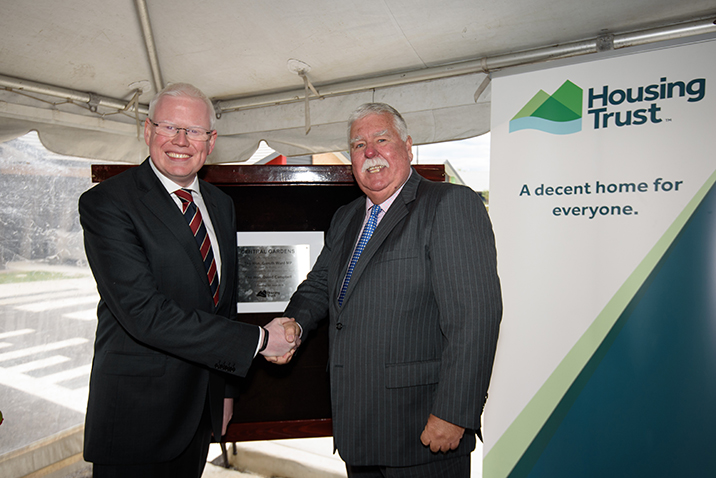 Residents in the Illawarra will benefit from increased access to affordable housing following the official opening of the Central Gardens housing development in Shellharbour.

Member for Kiama & Parliamentary Secretary for the Illawarra, Mr Gareth Ward MP officially opened the new complex at a ceremony held on Tuesday 7 June and was joined by representatives from all levels of government, community groups and local community members.

Central Gardens is the result of a joint effort between the NSW government, the Housing Trust and the Commonwealth government to help meet the housing demand and reduce the waiting list for social housing in the Illawarra.

According to Ms Joan Ferguson, Chief Executive Officer of The Housing Trust, the new complex will help to support those in the community most at need.

“The complex is now fully occupied, and the feedback from residents has been overwhelmingly positive. Not only is Central Gardens a place to call home, but it’s also a community.”

Shellharbour City Council, NSW government, Ecoblue Developments, Barrington Homes and the Housing Trust were all involved in the development of Central Gardens.

The NSW Government contributed $12.21 million to deliver the project under the National Rental Affordability Scheme (NRAS). The NRAS is a Commonwealth and State funded program that was introduced in 2008 to deliver rental homes nationally.

Parliamentary Secretary for the Illawarra Gareth Ward said that the opening will provide a real boost for social and affordable housing in the Illawarra region.

“This is very welcome news for the Illawarra and a terrific example of Government, business and the community working together to produce more affordable housing for our region,” Mr Ward said.

“Central Gardens is a result of successful partnerships between all levels of government, private sector and community sector to design, create and build more affordable and social housing in the Illawarra,” Ms Ferguson said.

“For the Housing Trust, it’s just the beginning of the work we’re doing with developers and the private sector to continue to design, build and rent quality, affordable housing in the Illawarra.”

Group photo with some of the residents living at Central Gardens 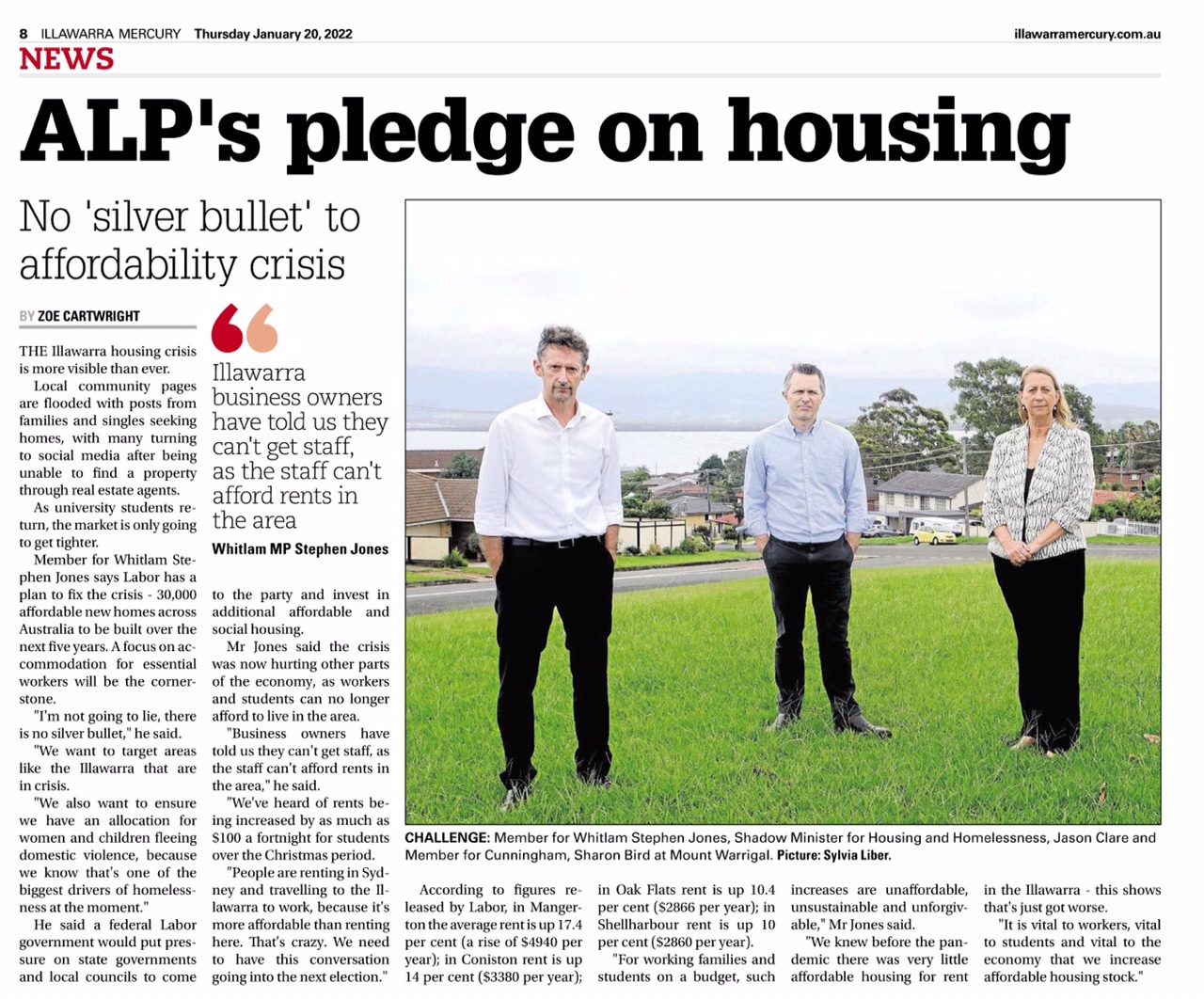 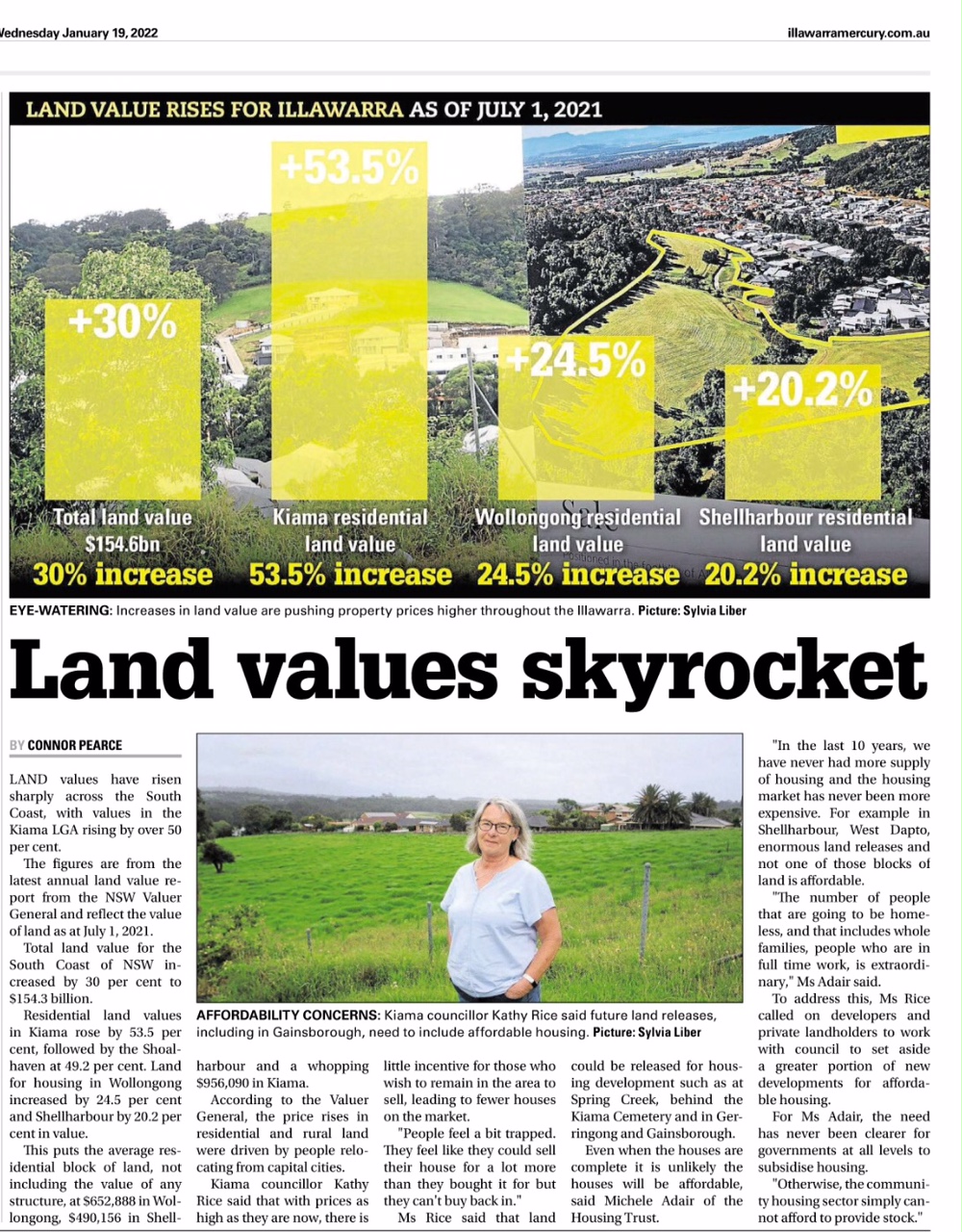 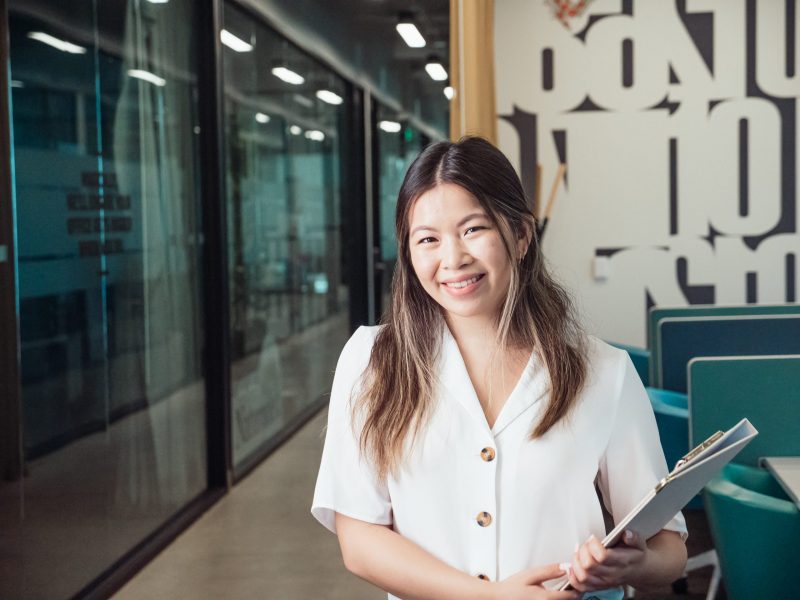 For the second year in a row, Housing Trust are

If you have any questions, get in touch with the Housing Trust team today.

Housing Trust is honoured to work on the lands of the Dharawal, Jerrinja tribal people of the Shoalhaven, and the Yuin nations. We acknowledge Aboriginal and Torres Strait Islander peoples and communities as the Traditional Custodians of the land we work on and pay our respects to Elders past, present and emerging. We recognise that their sovereignty was never ceded. Housing Trust is committed to building inclusive environments for our tenants, staff and the broader community. We celebrate, value and include people of all backgrounds, genders, sexualities, cultures, bodies and abilities.